Skip to content
Home >> Bees >> Do Bees Have Knees?

Do Bees Have Knees? 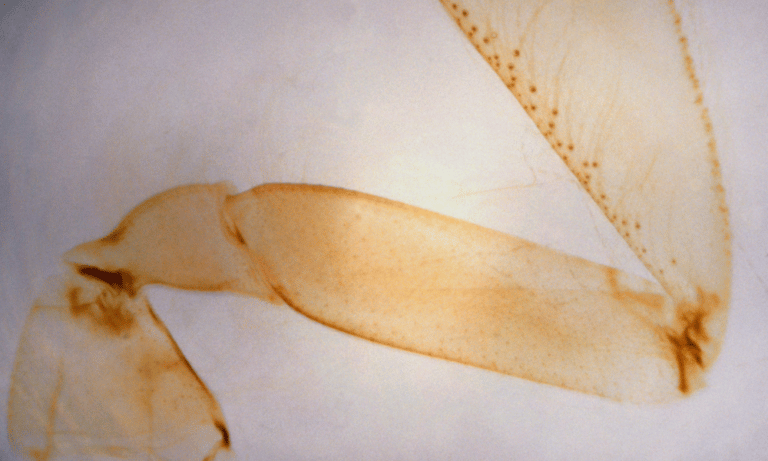 We all know the saying the bee’s knees, but what does this mean and, in fact, do bees actually have knees? We use the phrase in situations in which we want to say something is exciting, good, or cool. While this is a fun saying, is it true? Do bees have knees?

Yes, bees do have knees! In fact, they have knees on all of their legs. Bees have 6 joints in each leg and the one that is the largest is called the knee. This joint connects the bee’s tibia and femur, just like within humans.

Does a Bee Have Kneecaps?

Now that we know that bees really do have knees, we may wonder, do bees have kneecaps? In bees, as well as humans, the knee joint is between the tibia and femur. However, in humans, this joint is protected by a “floating bone”.

The kneecap, also known as the patella, is considered a floating bone because it sits embedded in the tendon and is not in contact with another bone. The patella has no joint, instead, it covers and protects the knee joint of the leg.

Bees do not have a patella bone or kneecap.

Do Bees Have Joints in Their Legs?

Bees have 6 joints in each leg, the one that is considered the bee’s knee is one of the larger joints. Since bees do not have kneecaps, this joint is protected from the outside world from the exoskeleton of the bee.

Do Bees Have Ankles?

Yes, bees do have a sort of ankle which can be found between the tarus and the tibia.

Why Do We Say The Bees Knees?

The bee’s knees is a saying that has been a part of the American language scene since the 1920s. Experts think that this phrase was common around the same time as other silly sayings like “the cat’s pyjamas”, “the sardine’s whiskers”, and “the kipper’s knickers”.

Of all the sayings that have since died out, the “bee’s knees” is the only one to be anatomically correct. Bees do have knees, but cats don’t wear pyjamas, sardines don’t have whiskers, and kippers don’t wear knickers.

We use the saying the bee’s knees as a way to describe something or someone as really cool, good, or awesome.

This slang sentence is a fun thing to say as the words rhyme and it is a silly thing to imagine. Bees really do have knees, but they aren’t anything special or extraordinary.

They are just the joint between a bee’s tibia and femur. Bees have special anatomy on their legs to help carry pollen, but their knees are just, well, knees.

Do Bees Store Pollen On Their Legs?

Bees’ knees may not be anything extraordinary, but bees do have other special anatomy that helps them carry pollen from flower to flower and then back to their hive.

There are lots of ways that bees collect pollen, in fact, there’s barely a part of their little furry bodies that have not become adapted over time to help with this process:

When you look at a honey bee, one of the easiest ways to identify them is by their incredibly fuzzy little body. While the fuzziness does make the honey bees look cute and friendly, the purpose of their fuzz lies well beyond their aesthetic.

Honey bees are covered in tiny hairs to help collect pollen as they run up on flowers. This pollen then gets carried with them to other flowers, pollinating them.

Honey bees and bumble bees are very important pollinators and without their efforts, most food crops and flowers would not be pollinated and allowed to mature into ripe fruits and vegetables.

Some types of bees have special evolutionary tools built right into their little legs. It is awe-inspiring to think that something so small, like a bee’s leg, would have so much function and purpose to it.

For the case of bumble bees, this is exactly what you find when you look closely at their front legs! If you are lucky enough to have a macro lens camera or a really good eye, you can see this special feature in action.

Pollen presses are located on the back legs of the bee and help compact pollen to fit neatly in the bee’s pollen sacs.

An appropriate name for what we see when we look at the behind of a honey bee, pollen sacs are evolutionary important pockets where honey bees can store pollen as they travel from flower to flower before heading back home to their hives.

These pollen sacs are actually the tibia of a bee. Let’s break it down:

While bees do have knees, they are not the most exciting anatomy a bee has. Perhaps, we should start using phrases like “the bee’s pollen sacs” or “the bee’s comb-like structures” when we want to show we think something is cool, unique, or special.

While these phrases do not seem as catchy as “the bee’s knees”, they would help highlight the super cool biological features of the bee’s legs.