Skip to content
Home >> Moths >> Do Moths Have Ears? 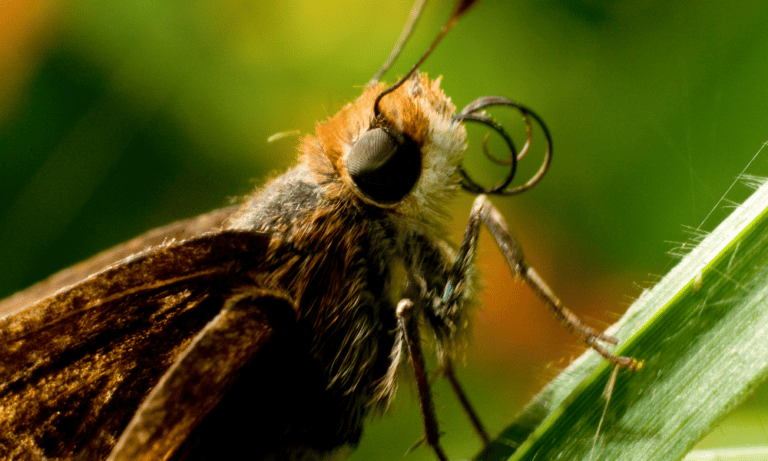 Scientists have known that many insects can hear by creating signals. One such insect that has been known to hear and communicate is moths. However, how do moths hear the noises surrounding them? Do moths have ears or not?

Yes, moths do have ears. They actually have one of the strongest abilities to hear amongst all animals and are able to hear sounds that even humans cannot hear.

The majority of moths have tympanal membranes placed on their thorax and these have the structure of eardrums. This tympanal organ is considered one of the most uncomplicated hearing organs among all insects.

The primary function of a moth’s ear is to shield itself from predators, specifically bats. Eared moths display a very unique and defensive behavioural pattern as the bat cries are constantly exposed to them.

Where are the Ears on a Moth?

According to research, nocturnal moths’ hearing organs have evolved approximately nine times since their existence. Four of these evolutions occurred even before the existence of bats.

Moths have their hearing organs located at different parts of their bodies depending on their family tree and origins.

Generally, most of the hearing organs on a moth are said to be placed close to their wings. This is because it is an ideal location for them to promptly detect any danger or predator coming their way.

The placement of a moth’s ear on its body depends on what category they belong to. For instance, Geometrids have their ears placed on their abdominal segment’s pleural-ventral surface.

Geometrids have two ears, both of which share a single air sac.

It is safe to say that moths have their ears located at diverse places on their bodies.

Yes, moths are more than capable of hearing. They are said to have the best ear drums among all animals.

One prime example is the greater wax moths. These moths can hear extremely high pitched noises while navigating through the dark at night. The wax moths will notice even a sound that a human ear cannot detect.

The Noctuoidea, which belongs to the moth’s superfamily, has ears on its metathorax. Here, sensory cells are linked to the tympanum. Similarly, the Drepanoidea have ears with tympanal membranes as a wall between the air chambers and dorsal.

How Do Moths Hear?

Moths, like the majority of insects, hear through their Tympanal organ. This organ is composed of a very thin membrane that has been spread over the area. When sound reaches, it makes the membrane vibrate, and these sensations can be deciphered by a structure located at the base.

Certain species of moths enable them to detect even ultrasonic sounds, such as bat calls. Moths use this feature to save themselves from bats. This is a natural defence mechanism in moths that have been given to them by nature.

Are Moths Sensitive to Noise?

According to research, moths possess the most sensitive ears out of all the insects. Moth ears are often referred to as ultrasound-sensitive ears. Due to the placement of a moth’s ear and its accessory structures, it is said to possess many benefits.

The average moth’s ears have a hearing frequency between 20kHZ to approximately 60kHZ.

A wax moth is said to possess a sound frequency that can sense as high as 300KHz, which has been recorded as the highest frequency that any animal can detect. Even humans can detect not more than 20kHZ, which lowers by 12kHZ as we grow old.

Many scientists can still not understand how a moth can hear at this frequency. However, they have been primarily blessed by nature to protect themselves from predators and for better communication.

What Can Moths Hear?

Moths can hear a lot! In fact, they have better hearing than humans and are able to hear ultrasonic sounds.

Generally, moths are silent but scientific studies have confirmed then when two moths are close and courting they do make very quiet whispering sounds to communicate with their partner.

Moths have ears that are placed in various locations on their body depending on the type and species of the moth. A moth’s ear plays a crucial role in protecting it from predators. Their Tympanal organ, the organ that enables hearing in many insects, helps them detect ultrasonic sounds.