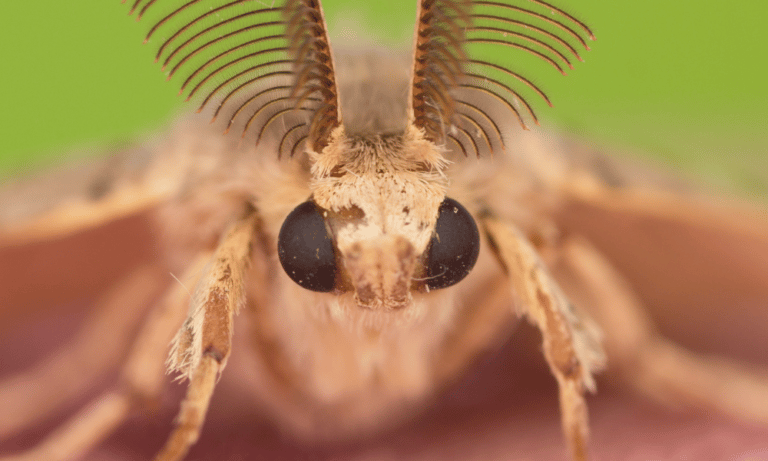 When you think of creatures that feed on blood, we almost always think of mosquitos or ticks. Some people think of vampire bats or even the mythical vampire itself. However, very few people would think of a vampire moth. So, do moths drink blood?

There are some vampiric moths that feed on the blood of vertebrates, including humans. While it is not common to find these insects in America, they are pretty widespread throughout Europe, Asia, and parts of Africa.

Just when you thought mosquitoes and ticks were all you needed to worry about, here comes the information on yet another blood-sucking insect. Vampire moths are not things of dark folklore, even if they sound like they may be.

Before you worry about these interesting creatures, some facts will make you feel better about running into a vampire moth or two.

While it has probably been around for a lot longer, vampire moths were not discovered until 2008, when a moth was offered a human hand as part of an experiment.

The moth then drilled its tongue through the skin of the hand and began drinking the blood of the victim.

This led to an entire expedition and discovery project for many bug and insect experts. Since then, vampire moths have been studied immensely, with some scientists dedicating their lives to this folkloric insect.

Vampire moths will not only consume human blood, they have a mouth that is sharp enough to pierce thick animal hides, including those of elephants!

While they have evolved into drinking blood from animals, vampire moths will also feed on their first and original food source – fruit.

Many moths will use their long mouthpiece, called a proboscis, to pierce the tough skin of the fruit to access the delicious and nutritious juice inside.

What is the Biological Name for Vampire Moths?

Vampire moths is the colloquial name used for a group of moths that will drink blood. But, their biological name is Calyptra Thalictri.

Where Do You Find Vampire Moths?

Before you cancel all your plans and lock your windows in fear of vampire moths, it is important to know where they live. Currently, there are no vampire moth species in the Americas. This includes North, Central, and South America.

Instead, these winged nightmares can be found on the other side of the world.

They are spread throughout parts of what is considered the “Old World”. This region comprises parts of Asia, Northern Africa, and Central, Eastern and Southern Europe.

Vampire moths were originally discovered in Siberia and have since been found throughout parts of the world. They also seem to be moving and spreading even further.

Today, vampire moths are found as far north as Sweden and Finland.

Where are Vampire Moths Originally From?

Vampire moths are native to a vast area of the globe that covers Japan, Korea, China, Siberia, the Ural mountains and Southern Europe.

Do All Vampire Moths Suck Blood?

Interestingly, the scientists found that only the male moths drink blood. They think this may be because they use it to produce sperm.

Blood is filled with sodium, which moths cannot find readily in other forms.

The male moth will attain the sodium from blood and present it in sperm to the female during mating. When the eggs fertilize, they will also have enough sodium from the mating process.

So, What Do Female Vampire Moths Eat?

While it may sound like vampire moths will only drink blood, (I mean, why give them a name like that if they eat other things as well? Did Dracula drink things other than blood?), all female vampire moths and males when they are not feeding on blood, will take most of their food from flowers and fruit.

The most common food source for vampire moths is plant-based. Whether they enjoy sweet nectar from flowers or refreshing juice from fruit, these moths do not spend their time actively hunting down humans to attack and bite.

What If I Get Bit By A Vampire Moth

If you were to get bitten by a vampire moth, there is no need to panic. Other than being strange to experience, it is very similar to the bite of a mosquito.

The area will most likely bump up and turn slightly red. It may also itch a bit.

Be sure to wash the area well with warm water and soap. This will ensure no saliva is left on you, which can irritate your skin. Keep an eye on the bite and apply an anti-itch cream if it becomes uncomfortably itchy.

Remember that these are still relatively new species that are being studied and surveyed throughout the world.

New information is being discovered and published when studies have been completed. If you are curious about these creatures, you can learn more about them here.

You might not think about moths sucking and drinking blood, but a whole species of moths have been nicknamed vampire moths for this sole reason. They can be found across most of the old world and have not been observed in any of the Americas.

Can Moths Fly During an Earthquake?