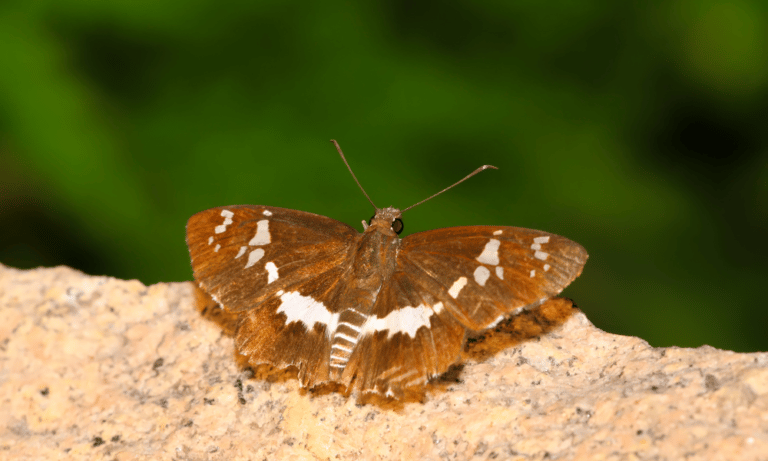 Butterflies have long since been included in mythical beliefs and mystical stories. It is the magical metamorphism that lends the butterfly its spiritual aura. This fantastic transformation represents rebirth and renewal in many cultures.

Some cultures attribute certain beliefs to butterflies depending on their colours. When you think of the array of brightly coloured butterflies around, it’s easy to believe. But what do such spiritual beliefs make of the duller colours, such as a brown butterfly?

But what about other cultures around the world? What do they think brown butterflies mean?

Celts believed that this butterfly was connected directly to mother nature. If you were to kill a brown butterfly, you would suffer dire consequences.

Ancient Mexicans associated butterflies with their dead warriors. They believed that because the butterfly is a sapsucker, it would suck the life out of their enemies.

If you live in the Middle East, you may believe that a brown butterfly meant that everything was going to be harmonious. Whereas some Asian countries view it as morbid and associate it with the dead.

Some believe that because a brown butterfly can blend into the background, it is the bearer of a message from the spirit world.

Many beliefs throughout the globe are based purely on colours, but not specifically on the colour of a butterfly. As a colour on its own, brown is believed to be a common-sense colour. Or a base colour that keeps your life grounded.

Some beliefs can be rather strange, such as if you dream of anything brown, then you should wake up because you are suffering in your digestive system.

What Butterfly Species are Brown?

There are various brown butterfly species. In fact, chances are you’ve seen brown butterflies plenty of times in your garden. They’re not rare like black or pink butterflies. Here are just some varieties:

The Gatekeeper (Pyronia Tithonus) is also known as the Hedge Brown because it likes hedgerows and woodlands as well as grasslands and wetlands.

Common in England and Wales, with a wingspan of a little under a couple of inches, making it medium in size. Beautiful patterning with browns, oranges, and eyespot markings.

You will see it out and about in the short summer months. To identify this particular species, look out for a large eyespot on the front wings, and a single smaller one on the hind wings.

Another British brown butterfly is the Speckled wood (Pararge aegeria). It can boast a larger wingspan of a little over 2inches across.

This species is out and about longer, from early spring to mid-autumn, producing up to 3 broods.

It’s a darker brown and can have many creamy spots. However, 3 of the spots on the hindwing are faux eyes, with a single faux eye on the front wing. Their favourite habitats are moorlands and woodlands.

The Hackberry Emperor (Asterocampa celtis) of North America, can also be seen in southern areas of the UK. It uses the leaves of the Hackberry tree to lay its eggs, hence its name.

Has a beautiful display of markings, with a whole row of eyespots on the hindwings. Likes to fly higher up, and even over the tops of trees.

The female can have a wingspan of up to 2.5inches, with the male being smaller. Males tend to perch throughout the afternoon as they’re on the lookout for a mate. This species has also been known to flutter around at night too.

Our last example is the Brown Argus (Aricia agestis). It can be found in many regions of the world, including Africa, the Middle East, Asia, and even in Denmark and Siberia.

Also seen in Britain in central and Eastern regions and Wales.

Its looks can vary depending on which region it’s a native of. It’s an attractive little creature, bearing bright orange dots along the outer line of its chocolate-shaded wings.

The wings are finished off with a white feathering on the outer edges. They prefer chalky limestone areas and don’t like to travel far from their habitats. You can see them in woodlands and on downy heathlands.

Never assume a brown butterfly to be boring. They can be equally as exquisite as the brighter-coloured butterflies.

The plainer and smaller ones can often be mistaken for moths, but if it has a slender body, then be assured that it is a beautiful, little butterfly.

No, brown butterflies are not rare at all. You might mistake some brown moths for butterflies and vice versa, of course. Butterflies are often associated with bright colours but they do come in brown too.

No, butterflies and moths are different insects. They might both go through metamorphism but this doesn’t make them the same insects.

Understanding the meaning of a brown butterfly is far from simple. Unfortunately, it depends on who you ask. Native Americans, Ancient Mexicans and Celts, for example, will all have different interpretations.

Do Butterflies Bleed When They Hatch?

What Do Orange Butterflies Mean?