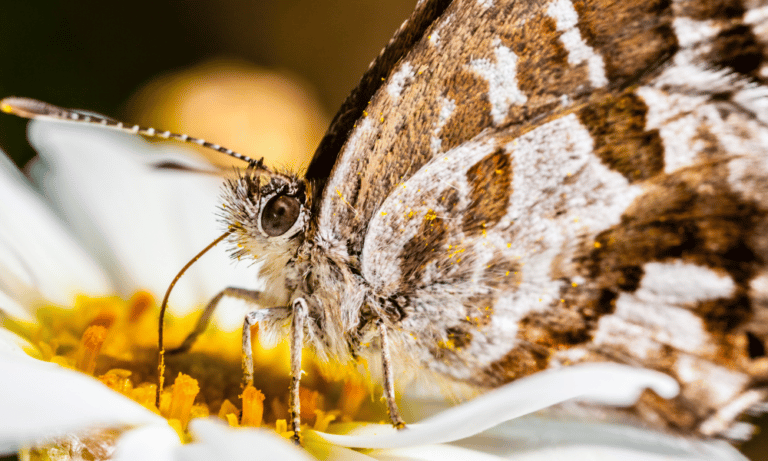 To most people, butterflies are pretty little flying insects but there’s more to a butterfly than just its colours. Have you considered what a butterfly is made of? Do butterflies have bones, for example?

Yes, butterflies have bones, but it isn’t in the form you would expect. Butterflies don’t have bones inside their bodies; their skeleton is outside and covers their body.

Insects, in general, don’t have bones or skeletons like us. All insects, including butterflies, have exoskeletons which are different from our normal skeletons.

We have skeletons inside our bodies; butterflies and other insects have exoskeletons that are outside and cover their bodies.

Their skeleton is like skin but hard and tough and protects their insides. They also have muscles like us through which they move around with.

Do Butterflies Have a Skeleton?

Butterflies have a skeleton, but it’s very different from our skeleton, as mentioned earlier.

This unique skeleton of butterflies and other insects is called an exoskeleton.

Exoskeletons are made of a modified version of chitin, a polysaccharide made from sugar.

They also have muscles which allow them to move and land on flowers for pollination.

Like all other insects, their body is divided into three sections; a head, thorax and abdomen. They also have compound eyes, a radio wire, and a beautiful pair of wings.

Do Butterflies Have Skulls?

No, butterflies do not have skulls as we do. Instead, the exoskeleton around their head acts as an external skull, protecting their delicate heads from damage. 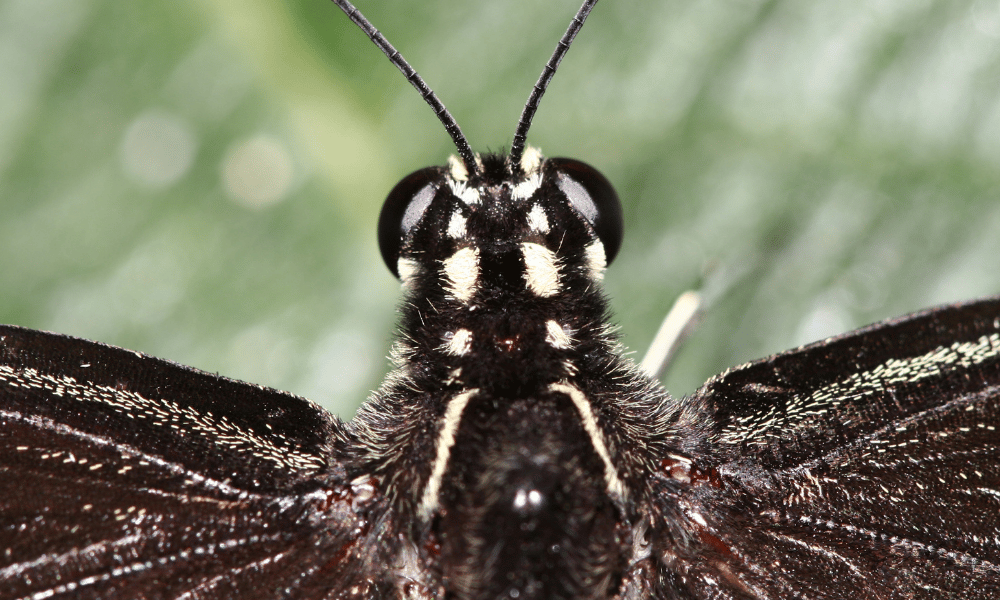 What is an Exoskeleton?

An exoskeleton is a hard covering that protects and supports an insect’s insides and all of its important organs. Not only insects but some other varieties of animals also have exoskeletons.

The word exoskeleton literally means “skeleton that is outside”, making it pretty obvious what kind of skeleton is an exoskeleton.

Exoskeletons are like skeletons, but the only difference is that they’re present outside the body rather than the inside. Our normal skeletons are inside our bodies but are covered with skin. They protect our important organs and keep the blood where it’s supposed to be.

An exoskeleton has the same function as a normal skeleton as it protects and keeps an invertebrate animal’s vital organs safe inside the body and keeps the fluids also inside. Still, it covers the whole body with it like skin.

What is an Exoskeleton Made Of?

An insect’s exoskeleton is made up of a material called chitin, as mentioned above. Chitin is a polysaccharide made from glucose. The thickness of chitin varies in different parts of a butterfly’s body.

The head and abdomen are fragile, so chitin is thicker around these parts.

Are There Bones in Butterfly Wings?

Butterfly wings don’t have bones, but they have veins. The purpose of these veins is to pump up the wings when a butterfly first emerges from a pupa after pupation. The veins slightly look like bones with a similar structure.

Caterpillars may be annoying, but their adult, fully grown forms of butterflies are beautiful. If you look at them closely, butterflies are unique creatures with many odd-looking traits and features.

Features like their straw-like mouth, they have their skeleton outside their bodies, and they have colourful wings.

Butterflies have a skeleton that is present outside their bodies, this type of skeleton is called an exoskeleton. It’s a hard covering that protects many insects’ insides.

The whole body of a butterfly is covered with an exoskeleton minus the wings, which only have veins scattered across them.

What Do Butterflies Mean in Dreams?