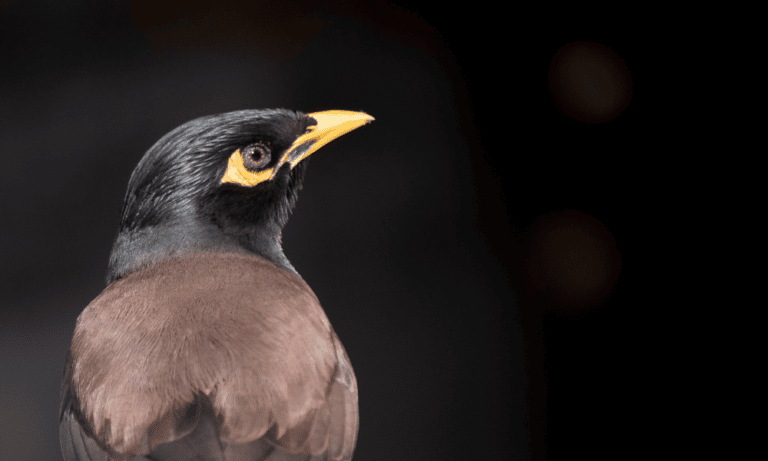 We all know what a bird looks like and the fact that they have a rather obvious beat that they eat with. But, there’s a lot more to it than that. That’s why we’ve put together this fascinating list of fun facts about bird beaks.

But let’s get right into it, below you’ll find each of our 8 bird beak facts. When you get to the end, don’t forget to let us know which you find the most interesting:

1) The Beak is a Bird’s Nose and Mouth

Although from afar, a beak appears to simply be the mouth of the bird, it is actually both the mouth and the nose of a bird. If you look closely, you can often see a nostril on either side of the beak (just check out the eagle photo below).

2) There are No Teeth in a Bird’s Beak

Birds have no teeth in their beak, not even hidden at the back! Some birds do have ridges on their beaks which are used to grab hold of food but they are not teeth.

Birds will actually swallow their food whole and then, when it reaches the stomach their gizzard will grind the food up for them so it can be fully digested.

Which Birds Have Teeth?

Modern birds do not have teeth. This was not the case for their ancestors, however. The last known bird species to have teeth was Ichthyornis but that was around 66 million years ago!

Much like a human’s nails, a bird’s beak doesn’t stop growing. It is actually made of keratin, the same material that our nails are made of.

Fortunately, as birds peck, eat and grind they combat this continuous growth by wearing it down. Birds are actually aware of this so can be spotted sharpening their beaks on stones and pebbles.

4) The Shape of a Beak Dictates a Bird’s Diet

Different birds have different shaped beaks and these shapes will dictate what a bird eats.

A short, stumpy beak with a downward curve would be for a meat-eating bird. A curved, short beak will be found on seed-eating birds. Long, straight and pointed beaks are found on fish-eating birds. And those birds which pollinate tend to have long, pointy beaks with a gentle curve.

Below, is a photo of a hummingbird which pollinates. You can see this from the long pointed beak which curves downwards slightly.

What Kinds of Birds Have Curved Beaks?

Parrots and Macaws are the most notorious birds for having short, curved beaks. Their beaks are large as they need to use them to break nuts and hard fruits.

What Type of Bird Has the Sharpest Beak?

The Great Blue Heron is reported to have one of the sharpest beaks in the world. It uses its carefully sharpened peak to instantly take down prey.

5) Pelicans Have the Longest Beaks in the World

The Australian pelican has, officially, the longest beak of any bird in the world measuring in at between 34 and 47 centimetres – that’s over a foot! However, a pelican is a big bird in the first place so this is in proportion to its body.

If you want the bird with the longest beak in relation to its body then you’ll need to revert to fact 8 on this page and take a look at the Sword-Billed hummingbird.

Why Do Pelicans Have Big Beaks?

Pelicans use their large beaks to scoop up huge quantities of water and, with that water, plenty of fish. They then strain the water out to leave behind a plentiful catch that they either eat or take back to their nest.

6) New Zealand Plovers Can Move Its Beak to the Side

The New Zealand Plover (or Spur-Winged Plover) is reported to be the only bird that can move its beak to the side. This enables it to catch flies in rivers without wading too far into the river to catch them.

7) An Average Puffin Can Hold 10 Fish in Its Mouth

Puffins will catch an average of 10 fish per trip which they then carry back to their nest using their beak.

Their beak is specifically designed for this job. Their tongue will hold already-caught fish against spines in their mouth while they open their beak to catch another fish.

Although 10 is the average, some puffins can carry even more. In fact, a world record was recorded in Britain. That record was a mind-boggling 62 fish!

The Sword-Billed Hummingbird’s beak is roughly 10cm in length when the bird is fully developed. Their body, including their tail, is shorter than this!

Even though this Hummingbird is born with a fairly ordinary beak, the beak grows at a faster rate than the body. This, of course, eventually leads to the beak becoming longer than the body!