When you think of bees, the most common secretion you think of is most likely honey. After all, honey bees with a hive full of honey is a common caricature in pop culture. But did you know honey bees also produce another substance? Do honey bees make milk too?

Yes, female worker honey bees produce a sticky white substance that some call bee milk to feed to the larvae and the queen bee. While this is not true milk, like a mammal would produce, this substance is full of nutrients and sustains the queen bee for her entire life!

What Kind of Bees Produce Milk?

Female worker honey bees produce a white substance sometimes called bee milk. The proper term for this substance is royal jelly and in the case of queen honey bees, you are what you eat!

Female worker honey bees are not sexually mature, meaning they cannot mate or lay eggs. All the work of birthing the next generation of bees is done solely by the queen bee. Producing so many bees can be hard work, so the queen bee needs a food source that is full of nutrients.

Queen bees are not genetically different from worker bees. In fact, the only thing that is different about a queen bee is the food she is fed. Female worker bees produce royal jelly, but they do not ever consume it. Instead, it is fed entirely to the queen bee.

Is Royal Jelly the Same as Honey?

No, royal jelly and honey are not the same. Royal jelly is excreted by female worker bees for their queen. It is naturally bitter and not sweet like honey is.

The Birth of a Queen Bee

To truly understand this substance, you need to understand how the queen bee arises. When a hive of honey bees needs a new queen, the hive will choose up to 10 bees in a larva stage. These larvae will be less than three days old and have been bathed in royal jelly.

The hive feeds these baby bees royal jelly until the new queen emerges. Once she emerges, she will sting the other larvae through their cells, killing them. It is a dangerous game to become queen, even if two queens hatch at the same time, they will fight to the death.

Once the hive has crowned its new queen, she will be fed only royal jelly for the rest of her life. This allows the queen bee to become larger than the worker bees, almost 1.5 times larger. It also allows her to become sexually mature, making it possible for her to mate and reproduce.

Queen bees also have entirely different behaviour within the hive than the worker bees. All of this is made possible by the royal jelly she is eating.

Yes! Without royal jelly, bee larvae cannot be morphed into queens and they will not develop ovaries to produce the next generation of bees. Royal jelly is a vital part of the bee lifecycle.

Producing the Next Generation

After the queen bee has rested for a few days, she will choose a low-wind, sunny day to emerge from her hive. During this flight, she will find male bees from another hive and mate with them- midair!

She will mate with anywhere from 12 to 20 bees and gather all the genetic material (sperm) she will need for her lifetime.

Once she has everything she needs to start producing new offspring, she will return to the hive. The female worker bee attendants will accompany her while she starts her never-ending duty of egg-laying.

The female worker bees will feed the queen the royal jelly, clean up her waste, and bring her pheromones throughout the colony. This allows the other bees to know that the queen is alive and all is well inside the hive.

The queen’s only job is to lay eggs. She will lay more eggs in the spring and summer, sometimes more than 2,000 eggs a day!

When the weather begins to cool down and food becomes less available, she will slow down and lay fewer eggs in preparation for the winter. The queen bee will live on for multiple generations before she dies off and the process will begin again.

What is Bee Milk?

Bee milk, or royal jelly, is a protein-packed substance created and secreted by female worker bees in a hive of honey bees. This substance is fed to the queen bee throughout her life.

The special combination of nutrients in royal jelly allows the queen bee to grow large, produce offspring, and live for multiple generations.

Did you know there are no genetic differences between a queen bee and a worker bee at birth?

When the hive of honey bees needs a new queen, they choose up to ten larvae that are less than three days old. These chosen larvae are then bathed in this magical royal jelly until one hatches as a queen.

The newly crowned queen will then kill her opponents while they are still larvae.

Female worker bees will continue to produce and feed the queen bee this special royal jelly while she matures and begins to lay eggs. Since the queen bee will spend her entire life laying eggs, the worker bees are constantly feeding her. All that egg-laying requires lots of energy!

While bee milk is not the same sort of substance as mammal milk, it does have similar benefits. This “milk” is not liquid, but rather a gooey, sticky substance called royal jelly.

Royal jelly is produced by female worker honey bees and is fed almost exclusively to the queen bee. Since the queen bee spends her entire life laying eggs, she needs a special combination of nutrients and protein to be able to sustain herself. 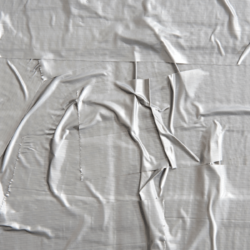 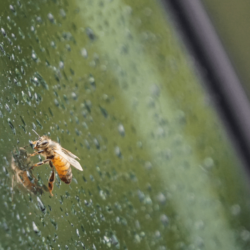 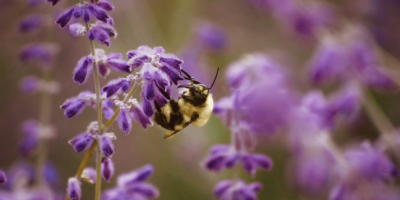 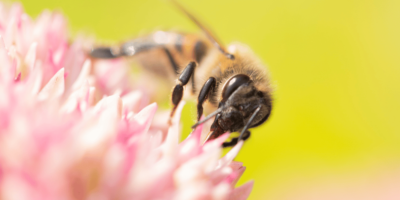 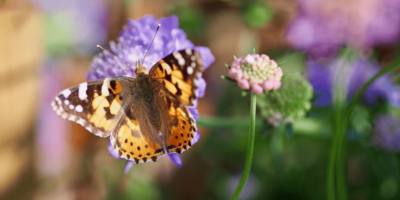