Skip to content
Home >> Bees >> Do Bees Come Out at Night?

Do Bees Come Out at Night? 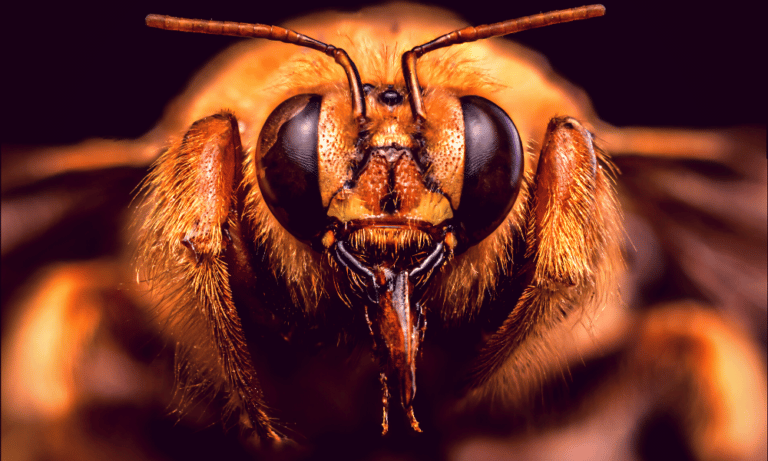 Everyone has encountered a bee during the day. This is because, during the daytime, bees are out and about doing what they do best, pollinating and collecting nectar. However, have you ever wondered what bees do at night? Do bees come out at night too? Or do they sleep?

These nocturnal bees usually belong to a tropical species of bee and have developed the ability to navigate through darkness, which is something that not all bees can do.

Nocturnal bees have ocelli that are greater in proportion to their body which is not the case in bees that cannot see in the dark. Lastly, even though nocturnal bees can withstand darkness, they still need a certain amount of moonlight to navigate through it.

What Do Bees Do At Night?

As you can probably imagine, what bees do at night depends largely on their species. However, the majority of bees sleep in their beehives overnight.

As soon as the sun sets, most bees rush to their hives to protect themselves from the harsh weather and predators that lurk in the dark. However, most importantly, they rush to their beehives after sunset to get rest.

The fact that bees stay inside their hives to rest and sleep doesn’t mean that they become completely oblivious and ignorant when a threat approaches them. It’s not as if they become unconscious when they rest. They sleep much like us.

If you disrupt a bee’s sleep and threaten them at night while they’re in their hives, they’re highly likely to sting you.

However, they are exposed to significantly less competition since most other pollinators, such as butterflies and wasps, are asleep.

Yes, bees do sleep. After sucking nectar for pollen during the day, the darkness hinders the bees from collecting pollen when night approaches. Therefore, they choose to rest and sleep. Bees sleep anywhere from five to eight hours.

When bees are asleep, their antennae and wing relax on their body while their thorax and abdomen drop. In addition, their body temperature lowers.

Bees are heavy sleepers; however, they are easily awakened by bright lights. This is why they tend to wake up when the sun rises.

When it comes to honey bees, their role in their colony impacts where they sleep, for instance, the younger bee workers sleep close to their nest’s centre, i.e., in the cells, whereas the older bees sleep near the nest’s edge, which is located outside the cells.

Similar to how it is with humans when bees don’t get adequate sleep, they are unable to function effectively. A sleep-deprived bee will have trouble finding its way back to its hive and cannot waggle dance properly.

This is also why you can sometimes find bees sleeping outside of the hive. If they have been hard at work then they might need a rest during the day. You’ll often find bumblebees hiding inside flower heads to get a bit of shut-eye.

Yes, most bees are diurnal insects, meaning they stay active during the day and sleep at night. However, approximately 1% of the global bee population is actually nocturnal.

Are Some Bees Crepuscular?

Yes, like nocturnal bees, crepuscular bees do exist but they only make up a very small proportion of the global bee population and it’s rare you will find a crepuscular bee in your garden.

What Time are Bees Least Active?

The times during which bees are the least active is during the night. When the sun sets, bees tend to become more aggressive and defensive as they’re unable to see properly, making them very susceptible to predatory attacks.

Another time when bees are very inactive is during winter. Bees rush back to their hives when the temperature drops below 10C. During this time, they come together and create a winter cluster.

During winter, bees are not completely inactive as some leave their hive to clean out dead bees and waste. However, they avoid leaving their hives to find nectar and, instead, spend most of their time sleeping.

What Time are Bees Most Active?

When it comes to months of the year, bees start becoming active in March and are the most active during May.

During March, the temperature begins to rise and the queen bee produces more eggs. When April approaches, bees come out and start collecting nectar, and during May, nectar collection is at its peak, which results in a huge increase in the bee’s population. Lastly, bee production remains steady until June and then begins to decline during July.

In a nutshell, yes, bees do come out during the night. However, that’s very rare. Most bees are diurnal, meaning they sleep during the night and utilise the daytime to pollinate and make honey.

In more tropical ecosystems, you can find bees that come out at night.