Skip to content
Home >> Bees >> Do All Bees Sting?

Do All Bees Sting? 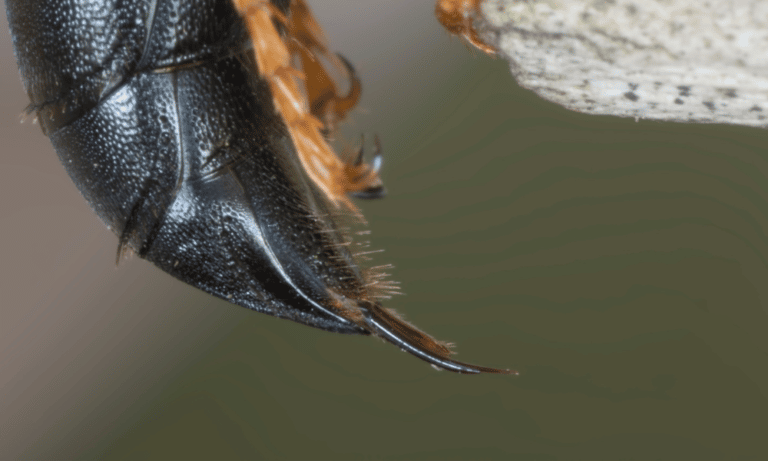 If you’re scared of bees, it’s probably because you think they’re going to attack you and sting you – even though they’re docile insects. But, do all bees sting? Should you be afraid of every bee you see?

Female bees use their stinger for egg-laying purposes as well as protection. Male bees do not have stingers, since they obviously do not lay eggs.

Unfortunately, it can be incredibly hard to tell a female and male bee apart, so it is always best to give bees their space and respect their homes to avoid being stung. When you see a bee, assume that it has the ability to sting.

The stinger of a bee is actually part of the reproductive system and helps with laying eggs. Since only female bees lay eggs, male bees do not have stingers.

While stingers are the most common way that bees can protect themselves and their environments, male bees do play an important part in their partnerships or colonies.

Female bees are equipped anatomically with a stinger. The stinger of a female bee is actually a part of the egg-laying process. However, for most female honey bees, the stinger is not used for laying eggs. Only the queen honey bee lays eggs for the entire colony.

Worker female honey bees use their stingers for the sole purpose of protection. When the female worker bee stings a predator, the female bee will die. This happens only in honey bees because honey bees have a barbed stinger that embeds in the skin of the victim of the bee sting.

The bee releases venom during the sting and the venom contains pheromones that call out to other female worker bees to tell them of a possible predator or attack. Honey bees live in colonies and have a responsibility to protect the queen and the hive at all costs.

Do All Bees Die After Stinging You?

No, this is a common myth about bees. Many people assume that all bees die when they sting you. It is only female honey bees that will die after stinging you as they have a barbed stinger that gets stuck in their victim.

Do All Bees Have Barbed Stingers?

Which Bee is Least Likely to Sting You?

Bees in general are very docile creatures. They do not sting unless they feel threatened or if they think their home is in danger. The type of bee that would be least likely to sting you would be a carpenter bee.

The reason you are least likely to be stung by a carpenter bee is mainly that it is rare you will encounter a female carpenter bee. Only female bees have stingers, as stingers are actually a part of their reproductive system.

Female carpenter bees spend their lives building nests by carving tunnels in wood to raise their young and are rarely seen outside their nests.

While male carpenter bees can be intimidating, especially when they dive at you, they are essentially harmless without a stinger.

Since female carpenter bees are the only ones with stingers, and they spend their time inside their nests, it is rare you will be stung by a carpenter bee.

However, if you try to handle the female carpenter bee or stick your fingers in her nest, she will sting out of self-defence, understandably. It’s a similar situation for sweat bees too!

Is There a Bee That Does Not Sting?

There is actually a species, rather unimaginatively, called the stingless bee. As the name suggests, these bees do not sting. These bees are usually found in tropical climates, however.

Which Bee is Most Likely to Sting You?

While it may seem counterintuitive, honey bees are the most likely bees to sting you. Honey bees will die if they sting, thanks to their barbed stinger that embeds in the skin of their victim.

When the honey bee then flies away, the stinger stays in the flesh of the victim and pulls away from the honey bee. The stinger is attached to a venom pouch within the bee and as it pulls away, it rips out part of the bee, killing it.

Since honey bees die after stinging, it would seem that it would not be likely for these bees to sting. While honey bees are docile bees and generally keep to themselves, they live in colonies and have an innate desire to protect their colonies and their queen bee.

This primal protection instinct is what will make a honey bee more likely to sting you than solitary bees.

When a honey bee stings, it releases venom-filled pheromones. The pheromones are used to alert other honey bees from the hive that there is danger. This will attract other bees to come to protect their hive as well.

If honey bees swarm you, it can be very dangerous and even deadly (just check this news article out. This is why you should never attempt to move, knock, or disrupt an active beehive.