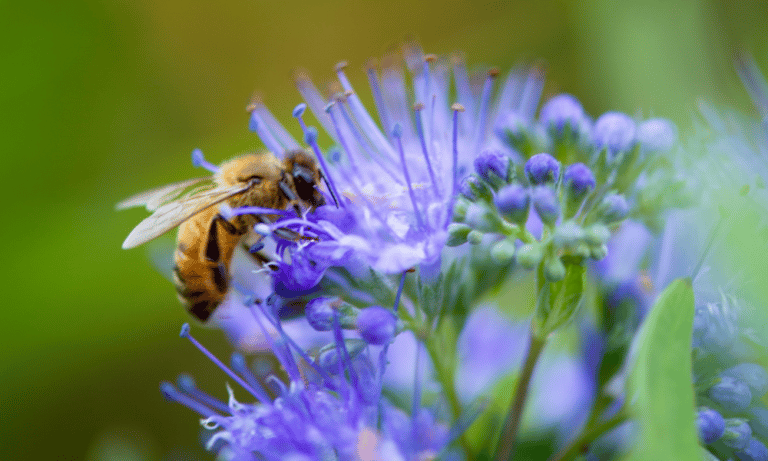 It seems like everywhere you look people are finding ways to be more sustainable in their gardening and farming practices. They put a strong emphasis on supporting honey bee populations and planting flowers that help feed them. But are honey bees really in population decline? Are honey bees endangered?

Currently, honey bees are not on any endangered species list. There was a big and justified concern over honey bee populations after the 2006 Colony Collapse Disorder. During this time, large numbers of honey bee colonies began to collapse.

Even today, many colonies struggle to or do not make it through the winter months. However, at this time there are actually more honey bees on earth than at any other time. This is because beekeepers and bee farmers protect, watch, and manage them.

Discover how honey bees got mixed up in the “save the pollinator” movement, what bees are endangered, and why we need bees!

Why are Honey Bees Going Extinct?

Honey bees are not currently going extinct. Honey bee populations are actually doing very well thanks to beekeepers and other agricultural businesses protecting and managing them.

There are however factors that are adding to increased honey bee deaths. Predators, diseases, climate change, and pesticides are all contributing to the hardships of beekeepers trying to protect their bees:

Honey bees are not native to the Americas. They were brought over from Europe and have since spread and made homes all over the continent. Today, honey bees are kept in agriculture as beekeepers will harvest their honey.

Predators like bears, badgers, hive beetles, and hornets are all dangerous to beehive populations.

Bees do not fly in the rain so heavy and often rainfall will deter bees from leaving the hive to go in search of food. Without pollen to make honey, bee populations have no food and begin to feed on their larvae and eggs.

Deforestation is a big problem for honey bees. When we remove natural areas and replace them with buildings and people, they have fewer places to safely make their hives.

Bees can live beside people, but oftentimes, humans prefer not to share their homes with bees out of fear.

If we are not deforesting for creating homes and development, we are using that land for agriculture and growing crops. Oftentimes, these crops are grown over acres of land and with few places for bees to rest, recharge, and find nectar, bees die of exhaustion.

Planting lots of bee-friendly flowers and plants throughout towns, cities, farmland, and in the wild can help keep bees and other pollinators fed and happy.

A bee infected with this virus will show symptoms like being unable to fly, intense trembling, and balding of its abdomens. There is not much known about this virus or why certain bees get it.

Currently, it is a big concern for beekeepers in the United Kingdom, but it is still important to keep an eye out for in other areas.

Are Honey Bees Close to Endangered?

Honey bees are not currently close to endangered. However, there are other types of bees that are endangered.

When someone says “save the bees” and only focuses on honey bees, that is like saying “save the fish” and only focusing on carp or salmon. While protecting pollinators is an important and vital mission, honey bees themselves are not close to being endangered.

Honey bees are raised as domestic animals. Both novice hobby and experienced professional beekeepers take care of their bees as they would any other livestock animal.

Since honey bees are raised and looked after, there are currently more honey bees in the United States than at any other point in recent history.

Why Do We Need Bees?

Bees are magnificent and efficient pollinators. Their bodies, habits, and lifestyle are all perfectly adapted to being the perfect pollinating insect. Without bees, it would be harder to pollinate food crops.

It is estimated that 80-90% of pollination is done by bees. Of all the crops that are pollinated, 1 out of every 3 bites of food humans consumed are thanks to bees and other pollinators.

Without bees, the world would lack a lot of diversity and ecosystems would collapse. Luckily, honey bees are not endangered. Since honey bees are kept and managed as livestock, these domesticated bees have increased in population over the last few years.

Growing lots of pollinator-friendly food, protecting forested land, and providing shelter for bees can help them fight in a world full of climate change, habitat destruction, and disease.